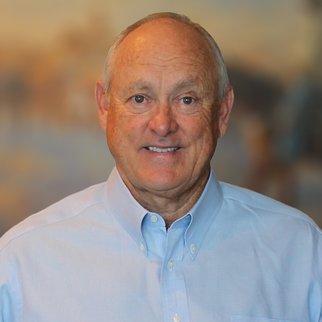 Nolan Ryan, nicknamed “The Ryan Express,” stands as an icon of Major League Baseball and holds the all-time strikeout record with seven no-hitters pitched, three more than any other pitcher.

Ryan was born in Refugio, Texas as the youngest of six children and grew up in Alvin. He joined Alvin Little League Baseball when he was 9 years old, made the all-star team when he was 11 and 12, and pitched the first no-hitter of his life when he was 11. After graduating from Alvin High School in 1965, Ryan was drafted by the New York Mets.
An eight-time MLB All-Star, Ryan enjoyed a 27 season career pitching for four teams: the New York Mets, California Angels, Houston Astros, and Texas Rangers. His pitches were regularly recorded above 100 miles per hour, and his 5,714 career strikeouts rank first in MLB history by a significant margin. He is one of only 29 players in baseball history to have appeared in Major League games that span four decades. Ryan retired at the end of the 1993 season.

Ryan is currently the Executive Advisor of the Houston Astros and one of the major owners of the Round Rock Express, as well as a cattleman and businessman. He has co-written six books: autobiographies Miracle Man, Throwing Heat, and The Road to Cooperstown; Kings of the Hill about contemporary pitchers; and instructional books Pitching and Hitting and Nolan Ryan's Pitcher's Bible. He served as president and CEO of the Texas Rangers from 2008-2013.
​
Ryan married his Alvin High School sweetheart, the former Ruth Holdorff. They have three children: Reid, Reese, and Wendy and live in Georgetown.