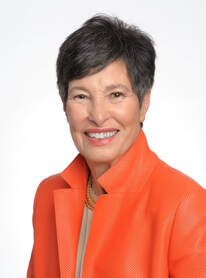 ​LYDA HILL is an entrepreneur and philanthropist based in Dallas who launched her career in 1967 with the founding of Hill World Travel, one of the largest agencies in the country. When she sold the company in 1982, she became one of the first women members of the Young Presidents’ Organization. In 2010, she signed The Giving Pledge, pledging to donate the entirety of her wealth to charity, and to do so largely during her lifetime.

As founder of Lyda Hill Philanthropies, Hill is committed to funding ground-breaking advances in science and nature, empowering nonprofit organizations, and improving communities in Texas and Colorado. In 1990, she partnered to revitalize the Fort Worth Stockyards into an award-winning historic tourist and shopping area, she leads the redevelopment of Pegasus Park in Dallas into the region’s leading biotech and social impact innovation district, and in 2017, she and other Texas philanthropists created the Better Together Fund to encourage and support nonprofits to explore formal, long-term collaborations as a way to maximize impact.

Believing that “science is the answer,” Hill has followed her lifelong passion for game-changing life sciences investments — a deeply personal mission heightened by her own battle with breast cancer. She founded the Oklahoma Breast Care Center, launched Remeditex Ventures, a venture capital fund that invested in early biomedical research, and more recently invested in research and development for COVID-19 vaccines and therapeutics and grants to support the public health response to the pandemic. In 2019, Hill founded the IF/THEN initiative that empowers current science, technology, engineering, and math (STEM) innovators and inspires the next generation of pioneers.

Hill has also supported game-changing conservation projects, such as The Nature Conservancy’s Mapping Ocean Wealth project. She is the recipient of some of the most prominent honors for entrepreneurs and philanthropists, and was one of the few women to make the 2013 Philanthropy list of most generous donors and Forbes’ 2014 list of top 15 entrepreneurs who give back to the community.