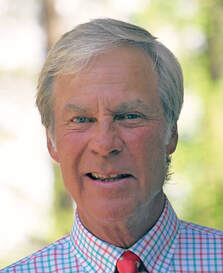 ​Ben Crenshaw was born and raised in Austin, Texas, and was introduced to the game of golf by his father, Charlie Crenshaw. Ben’s teacher and mentor, Harvey Penick, taught him a smooth, effortless stroke on the greens. Ben is regarded as one of the best putters in golf history and one of the finest gentlemen in golf, carrying with him the true spirit of the game.

Ben played golf for The University of Texas, winning 12 Amateur events and an unprecedented three consecutive NCAA Championships in 1971,1972, and 1973 (sharing the second with teammate Tom Kite). He turned professional in 1973.  He won 19 PGA Tour events, including the Masters in 1984 and 1995.  He played on four Ryder Cup teams and captained the winning 1999 team in a come-from-behind victory at The Country Club. He was inducted into the World Golf Hall of Fame in 2002.

Admiration and respect for the classic golf courses of the "Golden Age of Architecture" inspired Ben Crenshaw and Bill Coore to establish the firm of Coore and Crenshaw in 1986. They have performed restoration work on some of the finest courses in the country, and have also built championship courses throughout the U.S. and abroad, including numerous award-winning courses. Their philosophy is that traditional, strategic golf is the most rewarding, and the creation of courses that present this concept with the greatest artistry is the ultimate goal.